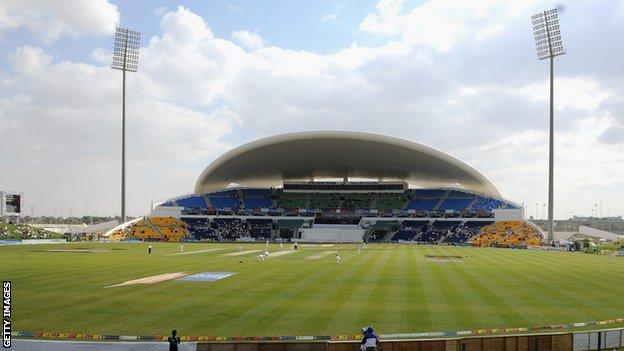 County champions Warwickshire have named a 13-man squad for next week's 2013 first-class season curtain-raiser against the MCC in Abu Dhabi.

Wicketkeeper Pete McKay is the only player with no first-class experience.

The 18-year-old Walmley player, who kept for the Bears' second XI last summer, has been selected as reserve to Tim Ambrose following Richard Johnson's end-of-season departure for Derbyshire.

The Bears will be missing six of their likely first-choice line-up.

Batsmen Ian Bell and Jonathan Trott and all-rounder Chris Woakes are still in New Zealand with the England Test squad, Ireland fast bowler Boyd Rankin is still recovering from a foot injury, while Darren Maddy and Keith Barker have been allowed to return home for a rest following Warwickshire's pre-season training camp in Barbados.

The annual game against the MCC, traditionally played at Lord's but switched to Abu Dhabi in 2010, is now generally played in front of a meagre crowd at the Sheikh Zayed Stadium.

The four-day match, starting on Sunday 24 March, will be the first in charge for new Bears chief Dougie Brown, following his winter appointment to succeed Ashley Giles, who left in November to become England's new one-day coach.

"The squad has enjoyed good preparation both at home this winter and latterly during our pre-season camp in Barbados," said the Warwickshire director of cricket, "so we're giving a few of the younger players a chance to gain more match experience and stake their claim for a place in the starting XI for Abu Dhabi.

"MCC have selected a strong squad, so the match will be great preparation ahead of our first County Championship fixture against Derbyshire at Edgbaston on 10 April."

While McKay is likely to be one of the men left out of the starting XI, winter signing Oliver Hannon-Dalby will be expected to make his Bears debut.

Hannon-Dalby, who played no Championship cricket in his final season for Yorkshire in 2012, will compete for new-ball duty with Rikki Clarke and Chris Wright.

Meanwhile, former Warwickshire groundsman Steve Rouse, who spent 17 years preparing the wickets at Edgbaston until leaving in 2010, has been appointed as consultant head groundsman for the 2013 season by the Netherlands.