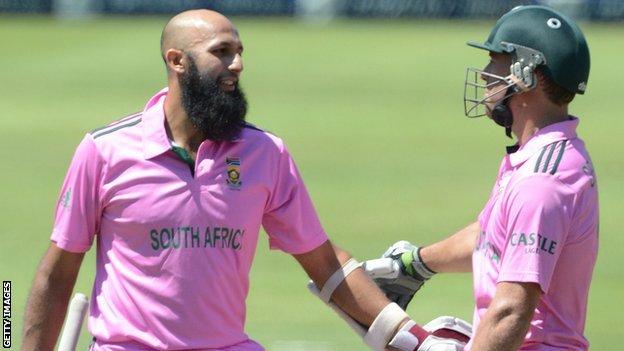 It was the highest third-wicket partnership in ODIs, eclipsing Rahul Dravid and Sachin Tendulkar's unbroken 237 for India against Kenya in 1999.

The fourth game of the five-match series is in Durban on Thursday.