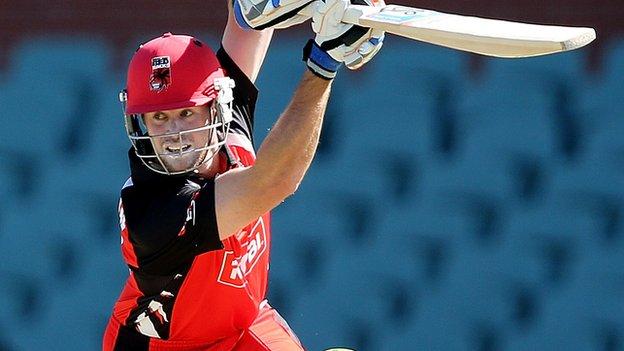 The 29-year-old enjoyed a similar stint with Hampshire and helped them lift the trophy in 2010.

Christian has represented his country 11 times in T20 and has played in 17 one-day internationals, taking a hat-trick against Sri Lanka last year.

Christian averages just under 21 with the bat in 100 T20 appearances, with a top score of 75 not out.

"He's one of the growing band of cricketers who are making their living in successful Twenty20 sides.

"He's a massive part of the jigsaw. Power has always been a concern for us, along with that multi-skilled player who can do everything.

"He has that desire, knowledge and experience."

He has experience in the Indian Premier League with Deccan Chargers and will play for the Royal Challengers Bangalore before arriving at Nevil Road.

Christian said: "I am excited to be joining Gloucestershire. Having played in 2010 for Hampshire, I have already had a taste of county cricket and I am really looking forward to playing in England again.

"I have two months in India for the IPL prior to joining the club which will be great preparation ahead of the English T20.

"I look forward to joining John Bracewell, Michael Klinger and the rest of the boys in June and pulling on a Gloucestershire shirt for the first time."