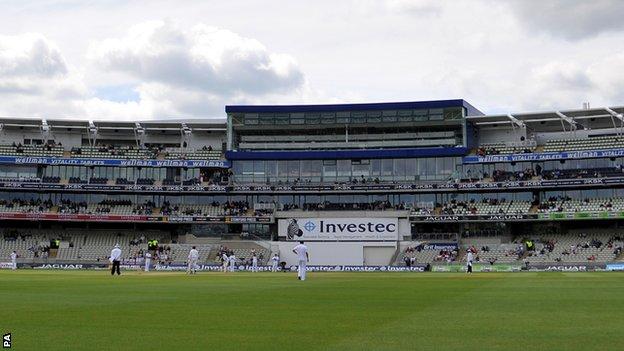 Reigning county champions Warwickshire have announced operating losses of £668,000 for 2012.

Edgbaston's 2012 summer schedule was severely affected by rain - three days of the Test between England and West Indies and the one-day international against Australia were washed out.

The county believe that last summer's dreadful weather and the difference in popularity of England's international opponents were the major reasons for the drop from the previous year.

"The relative attractiveness of staging the Test Match against India in 2011, compared with the West Indies in 2012, meant that a reduction in revenue and profits was always expected and budgeted for," said Craig Flindall, Warwickshire's financial director.

"The exceptionally bad weather did nothing to improve this situation.

"However, the club mitigated the impact of the weather by reducing costs where possible and taking out insurance to cover the catering revenue for the ODI and international T20 matches."