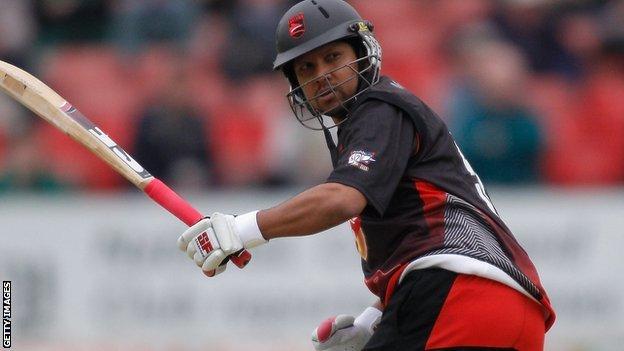 West Indies have recalled batsman Ramnaresh Sarwan for the limited-overs series in Australia.

The 32-year-old has not played international cricket since July 2011, as concerns over his fitness led to a dispute with administrators.

Sarwan was named captain of Leicestershire in December.

West Indies will take part in the Champions Trophy in June, as well as hosting Sri Lanka and Pakistan during the English summer.

Shivnarine Chanderpaul and Marlon Samuels have both been omitted from the party that will play five one-day internationals and one Twenty20 down under.

All-rounder Samuels, 31, suffered a damaged eye socket when hit by a Lasith Malinga bouncer in Australia's Big Bash T20, the same game in which he clashed with Shane Warne.