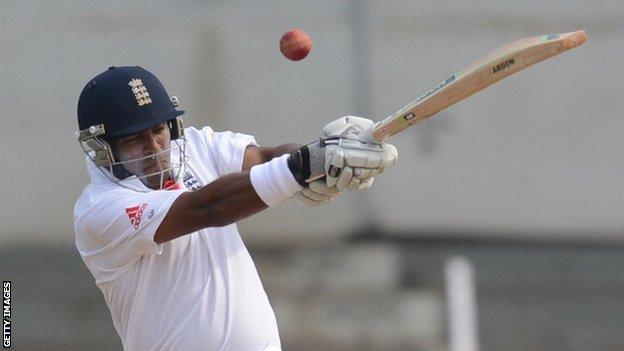 Samit Patel says England can clinch their first one-day series win in India since 1984-85 if they can "stay calm and back our own ability".

Alastair Cook's side head into Tuesday's match in Kochi with a 1-0 lead in the five-match series after a nine-run victory in Rajkot.

"We can achieve it if we stay calm and level-headed," said all-rounder Patel.

"If we look to be positive and back our own ability then we have a good chance."

The 28-year-old was part of the England teams which suffered 5-0 whitewashes during visits to India in 2008 and 2011.

The Nottinghamshire all-rounder, who smashed an invaluable unbeaten 44 from only 20 balls in Rajkot, featured in all 10 of those games.

"Sometimes people don't realise how much of an effort it is to beat these guys over here," added Patel.

"On past tours here we've not even won a warm-up game.

"To win the first game in Rajkot was fantastic.

"We lost the first two warm-ups again so we knew how crucial it was. We knew the boys were ready but what a great win and what a great start."