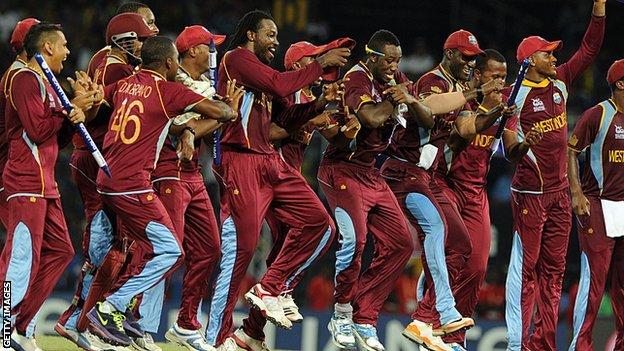 With 2012 drawing to a close, we have the opportunity to reflect on the year.

The last 12 months have seen England top the world rankings in all three forms of the game, some dominant Test cricket from South Africa and the re-emergence of West Indies.

Here is my review of the year.

It's been a strange 12 months for the England Test team. The disappointments of the series defeats by Pakistan and South Africa were almost as unexpected as the brilliant win in India.

The contrast of the performances in the UAE at the start of the year and India at the end shows that England have a huge appetite for learning, improving and, most importantly, winning. That will stand them in good stead for the challenges of 2013 and beyond when I expect them to sparkle at the very top of the tree in world cricket.

However, as I said last week, England are not the finished article yet and I meant that as a compliment, because they have the potential to improve even more in all conditions. Andy Flower and Alastair Cook will recognise that and certainly won't be allowing anyone to just sit back and wallow in the success of India.

With India still fresh in our minds, Cook has been England's star man this year. He had huge shoes to fill when he took over as captain following Andrew Strauss's retirement, but he has got off to the best possible start both in terms of the runs he has scored and the way he has led the side.

England are very fortunate to have another skipper that leads from the front in every single way both on and off the field and has the respect of the dressing room.

We had seen glimpses of what type of Test captain Cook might be with his leadership of the one-day side, where he again was highly impressive at the top of the order.

Correct as of 24 December

Under Cook, the England one-day side is developing nicely. They have strength in depth and every man who is selected to play in the XI now understands his responsibilities and role within the team.

Also, with the Kevin Pietersen saga now firmly behind them, England will welcome his touch of genius back for the games against India in the new year.

That is bound to be a tough series, but who would be brave enough to suggest England will not compete strongly after what they achieved in the Test matches and the thrilling last-ball win in the second Twenty20 on Saturday?

Win or lose in India I expect England to be among the main contenders for the 2015 World Cup, when conditions in Australia will suit their style of play.

Speaking of World Cups, the World T20 title is one that England surrendered in rather tame fashion in Sri Lanka with performances they will not be proud of.

On the subject of Twenty20 cricket, one of the abiding memories of 2012 will be West Indies dancing the Gangnam to celebrate their triumph at the World T20.

To me, their success in Sri Lanka summed up what West Indian cricket is all about; the likes of Chris Gayle, Marlon Samuels and Kieron Pollard hitting the ball miles, entertaining the crowd and playing with smiles on their faces.

As much as I was hoping for an England win, it was good for world cricket and credit must go to the West Indies for lifting the trophy after a period of rebuilding and restructuring in the Caribbean.

The challenge for the Windies is now to build on the success in Sri Lanka and once again become a top side in all forms of the game.

The other big international winners of 2012 were South Africa, who deservedly end the year on top of the world Test rankings.

The well used statement of "to be the best, you've got to beat the best" is exactly what South Africa did when they came to England to battle for the right to be called the number one side in the world.

Huge credit must go to captain Graeme Smith and his men for what they have achieved.

Jacques Kallis is one of the greats of the game, Hashim Amla is a wonderful batsman and the pace attack of Dale Steyn, Morne Morkel and Vernon Philander is one of the most potent in recent times.

The Proteas now have the challenge of remaining world number one because they will be fully aware both England and Australia will be chasing hard in 2013.

Dravid is an icon of the game. He's a class human being, a class player and will be sorely missed. The biggest tribute I can pay to him is that given the chance I would always want him in my team.

As for Ponting, I'd put him second only to Sir Donald Bradman on a list of Australia batsmen and another legend of the game. A tough but fair opponent, he was a fantastic batsman and with a fine record as a captain which should not be overlooked.

Much like Ponting did for Australia, Strauss did so much for English cricket during his time as captain. To win the Ashes home and away and take England to number one in the world speaks volumes for the individual. He has played a huge part in turning England into one of the toughest and most successful teams in the world and I wish him well in retirement. He still has a lot to offer and I'm sure he won't be lost to the game.

The domestic season was decimated by the shocking weather, but I have to say it is in good shape. The recent performances of Nick Compton and Joe Root on their first England tour prove that as a breeding ground to the international scene it is doing a good job.

Ashley Giles has been rewarded for the brilliant coaching work he has done with county champions Warwickshire with promotion to the England limited-overs job, with which I wish him luck.

Perhaps the lingering memory of the 2012 domestic season will be at Lord's, where Hampshire beat Warwickshire off the last ball of the CB40 final to add to the T20 crown they won earlier in the year.

County cricket is getting stronger, particularly in Division One of the County Championship, and I expect the improvements to continue.

It would be wrong to make any reflections of 2012 without pausing to remember Tom Maynard.

The cricketing world has lost a very fine young player but, more tragically, a young man lost his life.

Tom's death hit Surrey and the cricketing world very hard, but that is nothing compared to the grief of the Maynard family.

From an England point of view, so much of 2013 is going to be about the Ashes. Before we get there, we have the ODIs in India, back-to-back series against New Zealand and the Champions Trophy. Then comes the back-to-back Ashes series, which hasn't happened since the 1970s.

Australia have suffered at the hands of England in the last two series, but they are an emerging side under the leadership of Michael Clarke, who, just like Cook, has used the captaincy to take his batting on to another level.

I'm expecting England to win at home, with a tougher battle in Australia.

When we reflect again in 12 months' time, I want to be saying that England are still holders of the Ashes and are the number one side in the world.

It just leaves me to wish you all a very merry Christmas.