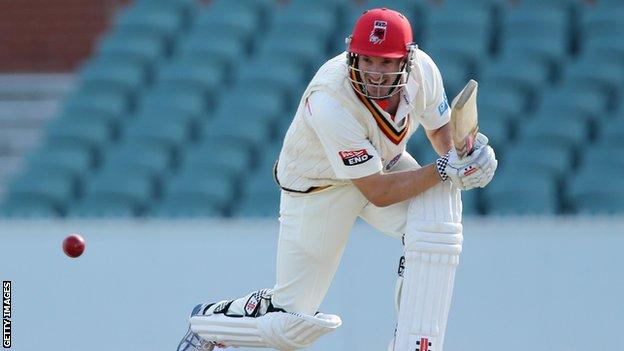 Gloucestershire have signed Australian batsman Michael Klinger as captain and overseas player for the 2013 campaign.

Klinger has previously played for Worcestershire, Australia 'A', South Australia and Victoria.

The 32-year-old takes over the captaincy from Alex Gidman, who stepped down at the end of last season.

"We wanted continuity - someone to captain us for the season in all three formats," director of cricket John Bracewell told BBC Gloucestershire.

"The search and find process was pretty long, as you've got to find someone with a visa and someone who is going to be available for an extended period of time. We also wanted someone with leadership skills.

"Working alongside Michael's agent we managed work through the processes and tick all the boxes, so we're delighted."

He stood in for Australia batsman Phil Hughes as Worcestershire's overseas player in the early weeks of last season, scoring 293 runs in six first-class matches.