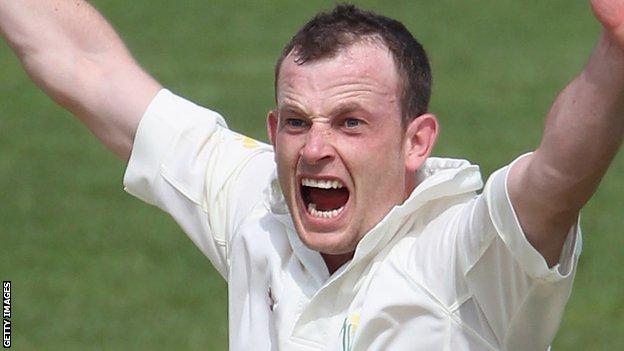 Glamorgan all-rounder Graham Wagg has signed a contract extension until the end of the 2015 season.

The 29-year-old joined Glamorgan in 2010 and has become an established member of the first team.

Wagg's 2012 appearances were limited after breaking a bone in his foot in the LV=County Championship match against Essex.

Promising all-rounder Ruaidhri Smith, 18, has been given a development contract for the 2013 season.

Smith, originally from Glasgow, was named the Welsh County's 2012 Academy Player of the Year and is spending this winter developing his game in Australia.

He scored 145 not out on his debut for Scotland Under-19s in South Africa.

Smith then starred for his nation again in the recent Under-19s World Cup when he was fourth in the tournament wicket-taking list with 12 wickets and an economy rate of less than four per over.

Glamorgan Head of Cricket Development, Richard Almond, said: "Ruaidhri is a definite talent for the future and his signing, along with the recent contracts awarded to players such as Ben Wright, Andrew Salter, John Glover and Mike Reed, is a clear indication of the importance of developing our own players."