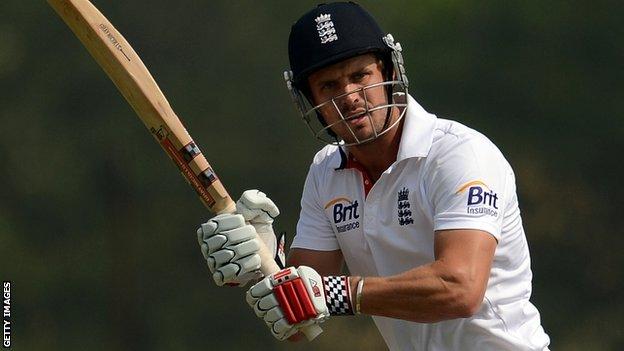 Somerset batsman Nick Compton has been awarded an increment contract by the England and Wales Cricket Board.

The 29-year-old made his England Test debut on the current tour of India and has appeared in all four Tests.

Under the ECB system, non-contracted players can earn an increment deal by obtaining 20 points, with five awarded for each Test appearance.

How the points system works

"I would like to congratulate him on his achievements since making his international debut last month."

Compton, who has been chosen to open alongside captain Alastair Cook for the series, hit his maiden Test half-century in the third match at Eden Gardens.