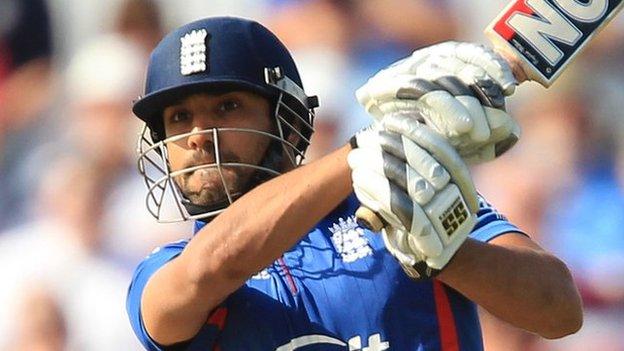 Essex all-rounder Ravi Bopara will enter the auction for the 2013 Indian Premier League, but insists he has not given up on his England career.

The 27-year-old made nought and 22 in his last Test, an innings defeat by South Africa at The Oval in July,

"My plans are still to play for England," he told BBC Essex.

"I want to get back into the team, that's the most important thing. But there are a lot of things I want to do as well."

Bopara played for Kings XI Punjab in the 2009 and 2010 IPL tournaments and has an average of 29.69 from 14 innings, but has not featured for the last two years after being advised by England batting coach Graham Gooch to focus on his international career.

But he and although selected for the World Twenty20 earlier this year, he made only one appearance in the tournament.

"You can't bank on being selected ever. You can't just think 'these are my plans for the summer' because things change," he said.

"I want to play some T20 cricket around the world and make the most of my time and talent.

"We've got a short career and we've got to make the most of our careers. Playing for England is brilliant. If you can play international cricket for the best part of eight to 10 years that's brilliant.

"But that's difficult to do and there are opportunities around the world we must take advantage of."

If Bopara is bought by one of the IPL franchises for the 2013 campaign, which begins in April, he would miss the first part of the English domestic season.

"I'm interested in the IPL, I'm definitely going to go in the auction for it. I want to play T20 cricket around the world," he added.