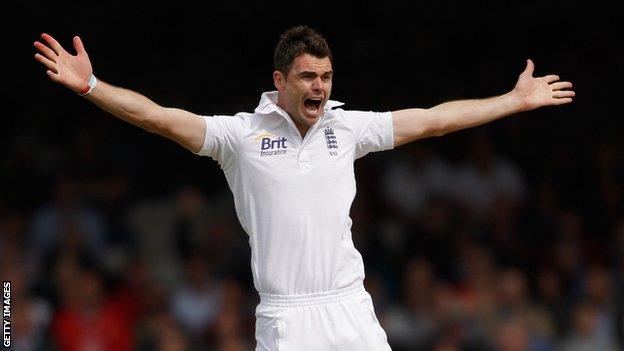 England are on the brink of a resounding win over India in the third Test after ripping through the home side's top order on the fourth day.

But Graeme Swann bowled Virender Sehwag to spark a collapse in which India lost six wickets for 36 runs.

The tourists looked certain to wrap up an innings win, only for Ravichandran Ashwin (83) to steer India to 239-9 at the close, a slender lead of 32 runs.

"This is not the Indian team I know. Usually their batsman are difficult to get out, they make big totals, but we're knocking them over! And in the end, their batsman have to be up for a fight. They're giving their wickets away. They're so down, you'd have to put a bit of money on England winning in Nagpur."

Ashwin's superb cameo, which featured partnerships of 38 with Ishant Sharma and and an unbroken 42 with Pragyan Ojha, spared India the ignominy of an innings defeat and took the match into a fifth day to the delight of a raucous home crowd.

But England will be confident of finishing the job on Sunday to take a 2-1 lead in the series with one match to play.

A day of fluctuating fortunes hinged on a single delivery as Graeme Swann got the first ball after lunch to rip between Sehwag's bat and pad and cannon into his off stump.

The dismissal stopped India in their tracks and gave England the opportunity to reassert the supremacy they had enjoyed for the first three days of the Test.

Cheteshwar Pujara, who scored a double hundred and a century in the first two Tests, was the next to fall as Ian Bell capitalised on a mix-up with Gautam Gambhir to throw down the stumps from midwicket.

Gambhir survived an appeal for a slip catch from the next delivery when the third umpire established the ball had not struck his bat but was out for 40 in the following over as a waft at Steven Finn was snaffled by Matt Prior.

Sachin Tendulkar's disappointing series continued as he edged a ball from Swann that did not turn before Yuvraj Singh was clean bowled by one from James Anderson that kept low.

Captain Mahendra Dhoni was caught behind for a duck off the same bowler to round off a thrilling passage of play.

After a brief pre-tea lull, Finn produced an away-swinger to have Virat Kohli caught behind for 20 and trapped Zaheer on the back foot right in front of his stumps.

With India still 48 runs in arrears with only two wickets in hand, England appeared primed for their first innings victory in India since 1976, but Ashwin had other ideas.

Expertly farming the strike and surviving a fumbled stumping chance by Prior, he belied his position at number eight with an increasingly authoritative innings.

Panesar bowled Sharma to leave India nine down and 10 runs behind, but Ashwin attacked the new ball to ensure England's work is not quite done.

The tourists had earlier failed to build on their overnight position of 509-6 as India enjoyed a near-perfect opening session.

Swann nicked his first ball of the day to slip and Prior was caught behind trying to run Zaheer down to third man.

Anderson edged Ashwin to Sehwag at slip for nine and when Panesar was harshly adjudged lbw from the next delivery England had lost their last four wickets for 14 in 25 minutes.

"The combination of a clever piece of bowling by Graeme Swann and a lazy shot from Virender Sehwag turned the day on its head and from then on the performance of the rest of India's frontline batsmen lacked any heart.

They really didn't look as if they were up for a fight and that is something the India selectors are going to have to look at going into the next Test, which the hosts will almost certainly have to win."

Read the rest of Jonathan's column

India carried the momentum into their batting performance as Sehwag sprinted to 49 off 56 balls and Gambhir smashed Panesar for a six and four in the last over before lunch to leave the hosts only 121 runs behind with all 10 wickets intact.

But Swann's removal of Sehwag swung the balance and set England on course for a win that would leave them needing only a draw in the fourth Test in Nagpur for a first series victory in India since 1985.