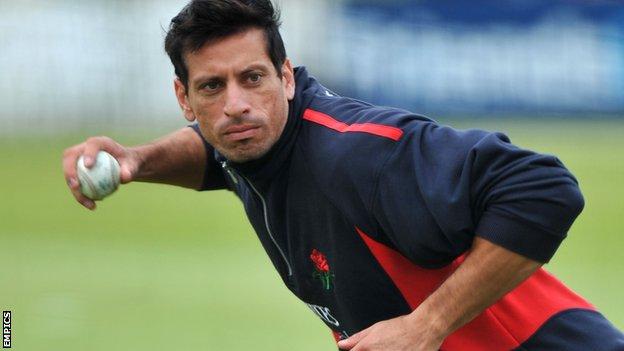 The 30-year-old spent a decade at Old Trafford but was only on the fringes of the squad last summer and eventually went on loan to Somerset.

"I'm really excited. I've been anxious the last couple of months seeing where I was going to go," he told BBC Essex after signing a two-year deal.

"Essex have given me an opportunity to show what I can do."

Mahmood has taken 323 first-class wickets in his career at an average of 32 and over 280 in limited-overs games.

He added: "I got released at Lancs, which I wasn't too happy about. I'd have liked to have played the rest of my career there but it wasn't to be.

"Leaving Lancashire has possibly been a kick up the backside - I may have got into my comfort zone.

"I've come here to show people what I can do."

Essex Head Coach Paul Grayson, who is also looking for an overseas batsman, said: "I like cricketers who feel that they have a point to prove to people and he has lots of ability.

"He's experienced and he's a fit guy who can bowl with good pace as well so we feel Saj will be a real addition to the squad."