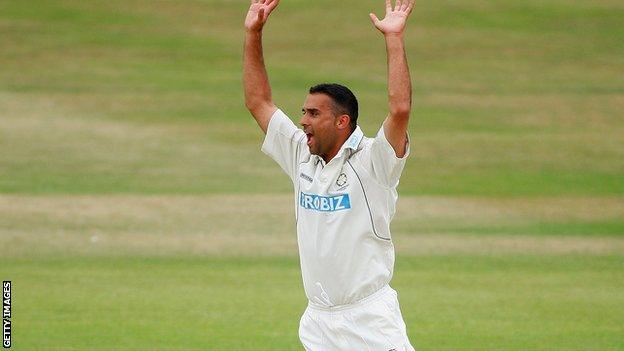 The 31-year-old spent the last three seasons at the Ageas Bowl after more than a decade at Worcestershire.

Kabir, who won his only Test cap against South Africa in 2003, said: "Lancashire is a fantastic club with a proud history and great traditions.

"They have an exciting and emerging squad and I look forward to playing my part in the challenges ahead."

Director of cricket Mike Watkinson added: "We are pleased to bring in Kabir, whose experience and proven track record in all forms of the game will be of great benefit to our bowling unit."

The Birmingham-born bowler took five wickets against the South Africans at Headingley in his solitary Test appearance, but could not prevent England falling to a heavy defeat, and he lost his place for the final match of the series at The Oval.

He has also played 14 one-day internationals for England, his last appearance for the national side coming in 2006.

In first-class cricket, he has taken 483 wickets at an average of 27.35 since making his debut for Worcestershire in 1999.

And he was Hampshire's hero when they won the CB40 competition at Lord's in September, to seal victory.

"I would like to thank everybody at Hampshire including the players, coaches, supporters and staff," added Ali.

I've really enjoyed my three years at The Ageas Bowl and I wish everyone all the best for the coming season and beyond."