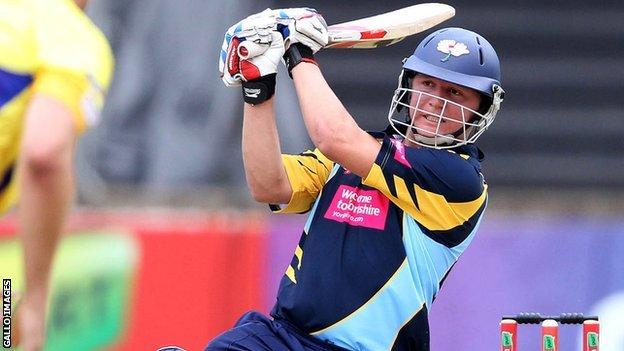 The Tykes, whose hopes of reaching the semi-finals had already ended after two losses in their first three group matches, made 140-6 off their 20 overs.

Gary Ballance hit five sixes in his score of 58, which came off 38 balls.

Steven Patterson (2-22), Iain Wardlaw (2-23) and Oliver Hannon-Dalby (2-23) all took two wickets apiece for Yorkshire but it was not enough.

Yorkshire, who finished runners-up in the FL t20, won two qualifying matches in South Africa to reach the main Champions League competition, but then failed to win any of their Group B games, with three defeats and one no result.