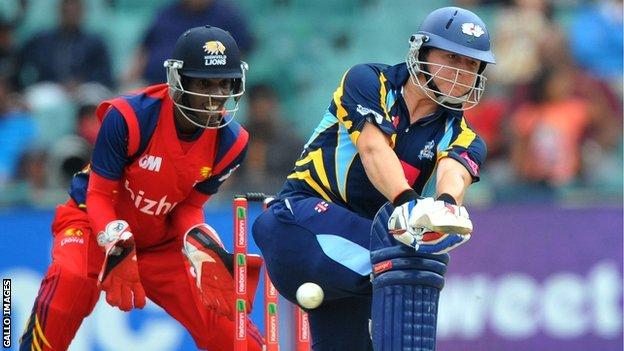 Yorkshire bowed out of the Champions League as they lost by five wickets to Highveld Lions in Johannesburg.

The Tykes could manage only 131-7 from their 20 overs, Australian opener Phil Jaques top scoring with 31.

They then bowled themselves back into it and, when Iain Wardlaw conceded just three runs off the 18th over, the Lions then still needed 20 off two.

But Jean Symes helped hit 14 off the 19th, bowled by Oliver Hannon-Dalby, to seal victory with four balls to spare.

The Lions now qualify for the semi-finals, along with Group B leaders Sydney Sixers.