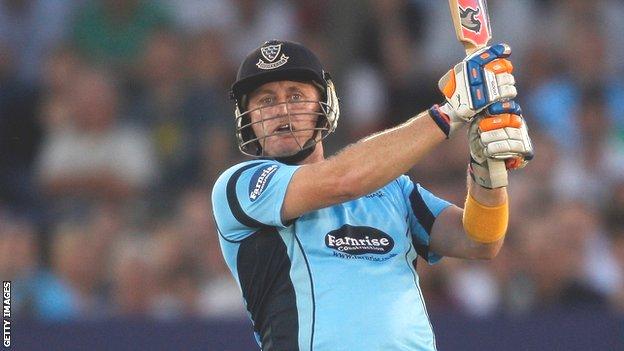 Sussex have re-signed all-rounder Scott Styris as one of their overseas players for the 2013 T20 competition.

The 37-year-old averaged 51 and took seven wickets as the Sharks reached the semi-final stage this summer.

Styris hit the joint-third fastest century in T20 history, scoring 100 off 37 balls, in the quarter-final victory over Gloucestershire.

"I thoroughly enjoyed my time this year and feel we have unfinished business in this competition," he said.

"I want to contribute next season so we can go all the way to securing the silverware."

Styris played 29 Tests, 188 one-day internationals and 31 T20s for New Zealand in a nine-year international career that ended in 2011.

Sussex cricket manager Mark Robinson said he was "delighted" at the prospect of Styris returning to Hove.

"His performances on and off the pitch obviously made him not only a crowd favourite but one within the whole club," said Robinson.