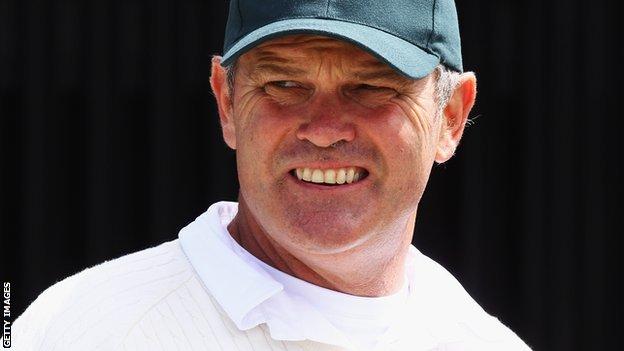 Former New Zealand captain Martin Crowe has been diagnosed with lymphoma, a cancer of the immune system.

"The diagnosis is very new," said his manager Louise Henderson.

"The family is still in shock and dealing with the understanding that life as they know it for the unforeseeable future is different."

She added: "They have a number of issues to confront over the next couple of weeks."

Crowe and elder brother Jeff, who also captained the Kiwis at Test level, are cousins of Hollywood actor Russell Crowe.

Martin Crowe was named as one of Wisden's Cricketers of the Year in 1985, and his 299 against Sri Lanka in 1991 remains the highest Test score by a New Zealand player.

A powerful right-handed batsman who scored 5,444 Test runs and almost 20,000 in first-class cricket, Crowe also had a spell with English county side Somerset between 1984 and 1988.

He made an unsuccessful attempt to return to the first-class game in 2011.