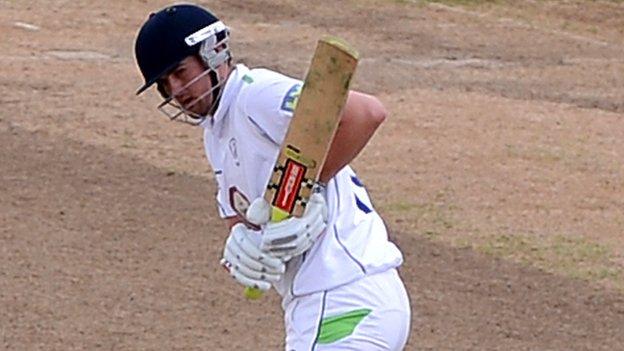 The 22-year-old Shropshire-born batsman only signed a three-year deal at the County Ground in September last year.

But he has been rewarded for his best summer to date, in which he hit 848 first-class runs at 38.54, including his first two Championship centuries.

"I've been pleased this season from a personal point of view and delighted with the success of the team," he said.

"We're right up for the challenge of first division cricket next summer. We'll go for it with no fear, with a great team spirit and with the same determination to be successful that served us so well in 2012."

Redfern will follow in the footsteps of Derbyshire team-mates Tom Poynton and Ross Whiteley this winter by attending the Darren Lehmann Academy in Western Australia.

"Dan has been demonstrating magnificent potential ever since his teenage years on the Academy," said county coach Karl Krikken. "It was a pleasure to see that talent coming to fruition in 2012."