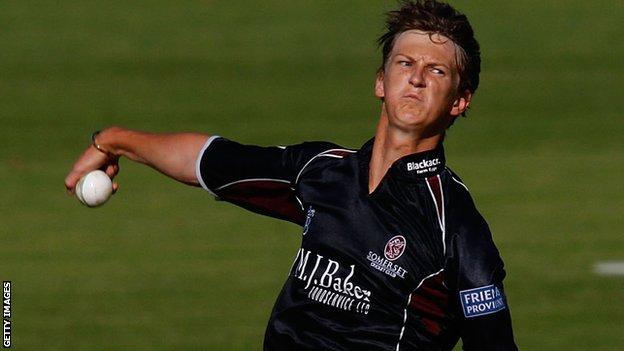 The 24-year-old enjoyed a successful run in the one-day formats this season, taking 11 wickets across seven T20 and eight CB40 games.

"I'm happy with the way things are going with the white ball. I just need to improve my performances with the red ball in the four-day game," he told the club website.

Waller, who has previously played in the England development squad, will spend the winter in Adelaide, Australia at the Darren Lehmann Academy - a move funded by the England and Wales Cricket Board.

"I will get assigned to a club when I am out there, which means that we play cricket at the weekends and train all of the week," Waller continued.

"I know a few other leg-spinners have been on it and they have told me that it was beneficial to them, so I am really looking forward to it.

"My main aim this winter is to improve my four-day cricket so I am pushing for a place in the Somerset team."

Waller's new deal means all current players are contracted at Taunton for the 2013 season.