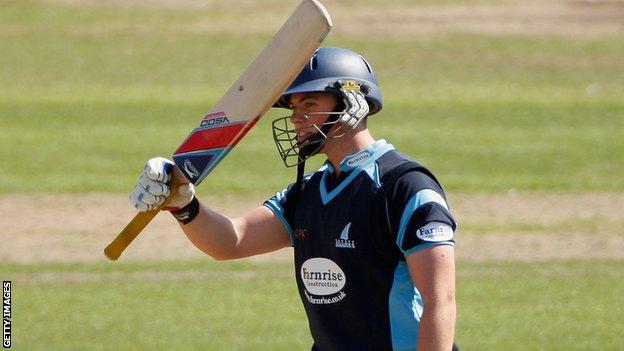 Scotland have taken advantage of new selection rules to include four English county regulars in their squad to play in South Africa next month.

The regulations now permit the use of players with UK passports and Scottish parentage, instead of only those who were born or live in Scotland.

Wicketkeepers David Murphy and Richard Coughtrie have also been selected.

Murphy, 23, is with Northants, while Coughtrie, 24, plys his trade for Gloucestershire.

There is one other uncapped player in a 15-man squad missing several regulars due to work or university commitments; Stoneywood Dyce all-rounder Michael Leask.

With regular captain Gordon Drummond absent and Kyle Coetzer on honeymoon, Preston Mommsen will lead the side for a series of T20, 50-over and multi-day games against domestic teams.

Andy Tennant, head of performance said: "Cricket Scotland has always taken great pride in its teams having a majority of home-grown cricketers, who are products of our excellent age group and academy system.

"This will always be our aim, however where we can supplement our squad with eligible Scots who have been developed elsewhere, we will."

The squad will leave Scotland on 6 October returning on 6 November, and will be based at Senways Park, Potchefstroom.