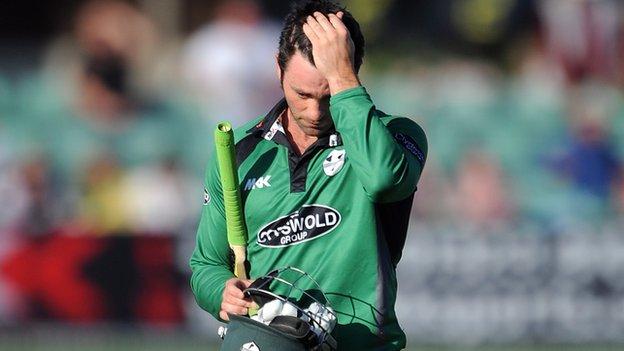 The 31-year-old Londoner originally arrived on loan from Middlesex for the start of the 2010 season, to replace the Surrey-bound Steven Davies.

Left-arm spinner Shaaiq Choudhry has been offered a deal but is yet to sign.

"All four youngsters have played their part during a difficult season," said Rhodes. "We expect them to kick-on and improve as players.

"Russell had an exceptional game against South Africa and we want him to show the same level of excellence going forward.

"The other three are products of our outstanding Academy set-up and have shown huge potential under the watchful eyes of our Academy Director, Damian D'Oliveira."

Scott's departure, on the completion of his one-year contract, makes him the fourth player to leave Worcestershire's playing staff over the course of the 2012 season.

Jack Manuel was released mid-season, former captain Vikram Solanki then announced his departure to join Surrey and James Cameron packed in before the end of the season to start a new career in the city.

Scott, like Cameron, now appears set for a career outside cricket.

Having been first-choice for most of the last three seasons, he ended up playing 33 County Championship matches for Worcestershire, hitting 1,077 runs at 23.93.

But he managed just 228 runs in 13 Championship matches this summer - almost half of which came in one innings when he hit 106 against Lancashire in mid-July.

And the county have now opted to go for one of their home-grown players, Ben Cox as their first-choice keeper next summer.

Cox made an impact in his first game as a 17-year-old schoolboy in 2009, when he hit 61 on his first-class debut against Somerset at Taunton.