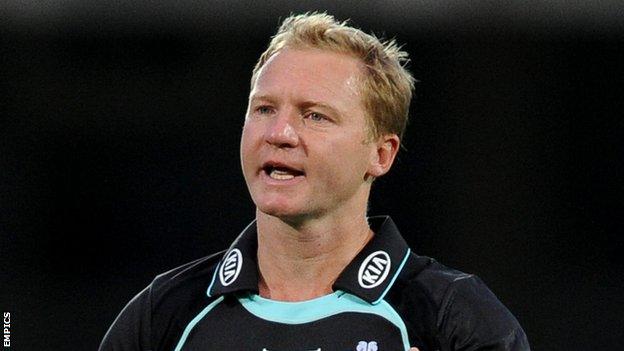 Surrey all-rounder Gareth Batty has signed a new two-year contract with the club, keeping him at The Kia Oval until the end of the 2014 season.

The 34-year-old took on the role of acting captain in July and helped the club to retain their status in Division One of the County Championship.

Batty took 30 first-class wickets at an average of 26.30, as well as 14 in Twenty20 competition last season.

He re-joined Surrey in 2009 following eight years with Worcestershire.

Batty told BBC London 94.9: "There's never been a thought since the second time I walked through the gates that I'd play anywhere else.

"Now I'm back I don't ever see me doing anything other than wearing the brown cap.

"Hopefully we can take the club forward and win a bit more silverware over the next few seasons."