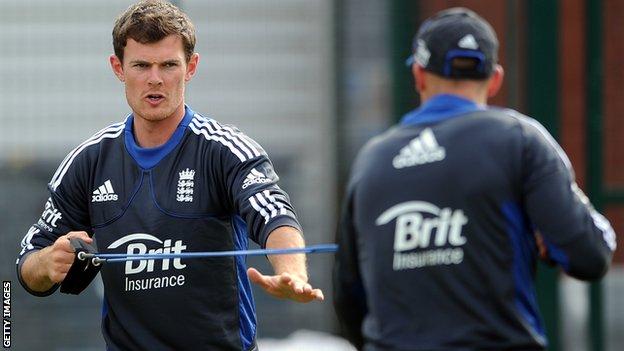 James Harris has opted to join Middlesex on a three-year contract after refusing a "substantial contract" to stay with Glamorgan.

Harris, 22, had also been offered a deal by Nottinghamshire, while a number of other Division One clubs made their interest known to the seamer.

He had a clause allowing him to leave if Glamorgan were not in the top tier.

He confirmed on Twitter: "Very happy to announce that I've signed a contract with Middlesex."

Harris had said he needed to leave Glamorgan, who gave him his first-class debut as a 16-year-old in 2007, to further his ambitions of playing for England.

Last week, he was selected in the England Performance Programme squad to tour India in November.

Harris enhanced his growing reputation with a six-wicket haul against Australia A at Edgbaston earlier in August, watched by England selectors Geoff Miller and James Whitaker.

Injury disrupted his sixth season with Glamorgan, where he ended with 10 wickets from four Division Two County Championship games.

After making his debut as a 16-year-old, Harris became the youngest Glamorgan bowler to reach the 100 and 200-wicket milestones.

Middlesex finished third in Division One of the County Championship in 2012.