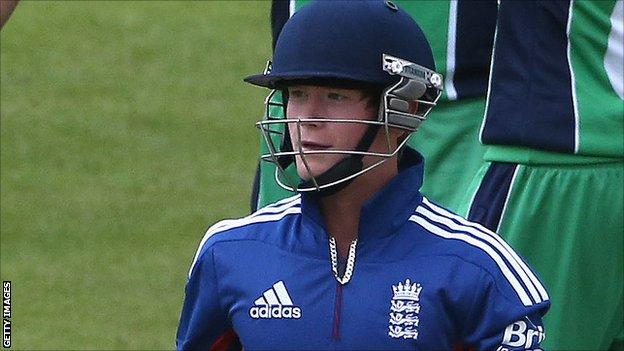 Wicketkeeper Alex Davies is one of four youngsters to sign professional contracts with Lancashire.

The 18-year-old in the final four-day game of the 2012 season against Surrey at Aigburth.

"We have watched them grow as players, with Alex and Gavin being recognised by England at youth level," said director of cricket Mike Watkinson.

"They have all performed well in the second team.

"We are hopeful they will be able to make the transition and play first-class cricket for Lancashire in the coming years."