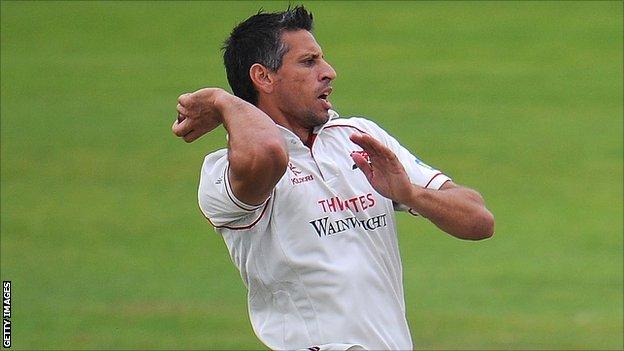 Mahmood made his first-class debut for the Red Rose in 2002 but struggled for first-team cricket this season and ended 2012 on loan at Somerset.

Director of cricket Mike Watkinson said: "We would like to thank Saj for his contribution over the last 10 years and we wish him well for the future."

Lancashire were relegated from Division One of the Championship earlier this month, having won the title in 2011.

Coach Peter Moores has said drastic changes will not be made to the playing squad at Old Trafford.

James Anderson signed a new two-year contract last week, while ex-Warwickshire pace bowler Naqaash Tahir was allowed to leave earlier this month having failed to appear in a first-class match for the county.