The county season was tough going at times this year because of the weather, but there was still plenty of enjoyable cricket to admire.

I overheard someone who mainly follows mainly the international scene say that the CB40 final was the best game of the season, but every week we seemed to get finishes to rival that one.

Picking my County Championship team of the year is a job I almost hate because difficult choices have to be made and deserving candidates have to be left out.

This year no Derbyshire player gets in - although Martin Guptill and Tony Palladino and Ross Whiteley came close - despite the story of their promotion being my favourite of the year.

And I have not found room for anyone from Sussex, even though until the last few weeks they were challenging for three titles - Chris Nash and Steve Magoffin are especially unlucky.

In the end, I have gone for players who entertained me the most (although some are not necessarily in their usual batting position). 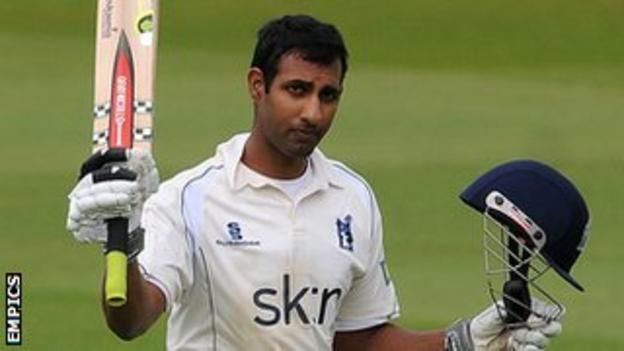 Scored a thousand runs in a Championship-winning side. Also clearly a man who went away in the previous winter and worked as hard as possible to improve his game. Looked more prepared to score the ugly runs and stay patient, which is something I saw more of generally this year.

He gets my vote because he's worth paying money to see. He gets runs when teams need them and in the big games. Nothing seems to faze him on the field. Confident and skilful.

His stats as the highest run-scorer speak for themselves and what an average of 99.25! He is a great advert for a hard-working county cricketer - stick at it and your time may come. Good lad to work with in the commentary box as well, although if he has his way over the next few seasons he may not have time to join us again.

If you see a Middlesex scorecard and they are going well, you always know who has got the runs. If the going gets tough, Rogers is a man you would call for. I've put him at four because I can and because he has to be in the XI. 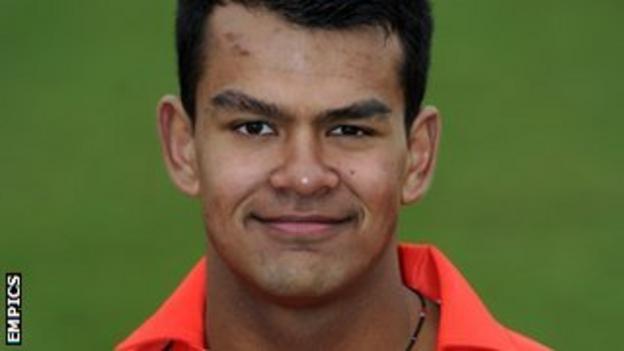 Chosen on the basis of promise and hearsay, rather than stats, although an average of 61 from six matches is not bad going. Other middle-order men like James Hildreth and Ashwell Prince to name but two might deserve a call ahead of this teenager but I can't leave out someone whose name was more talked about than any other in press boxes of late.

I know! I know! I know! Every season the same man behind the stumps but it was a close call this season with Hampshire's Michael Bates being so impressive, as shown in the CB40 final, and Tim Ambrose back on top of his game

Bat or ball, the 31-year-old makes things happen. He also took on a big workload when others were absent injured and stepped up to assist a very young Somerset attack. He's an entertainer and with a Somerset crowd behind him a good time is had by all. Whether or not Somerset are the second best team in the country, finishing runners up in the Championship is testament to men such as Trego.

Exciting young off-spinner who plays the game hard, qualities which led to him being given the captaincy during the T20 campaign. He is another player who, when he enters the action, I get a feeling something is about to happen. Also scores valuable runs, none more so than those in the win over Essex that secured promotion. 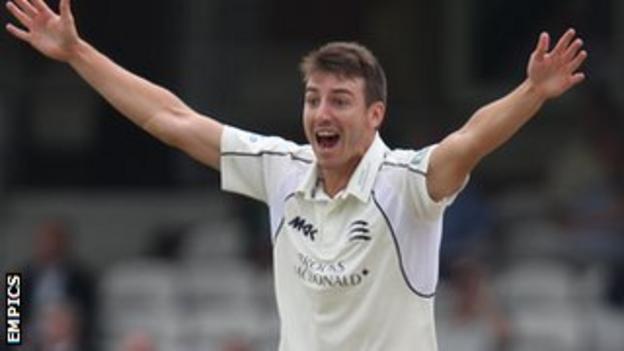 His inclusion is based on the number of times I've had to mention him on the radio scoreboards. A bit like Chris Rogers (see above), you always know when Middlesex are taking wickets it will either be him or Tim Murtagh, who is an ideal foil.

Durham's brilliant run at the end of the season suggests they should be back challenging next summer and if Onions is available often enough they will take some beating. His desire to take wickets and win games kept the team afloat and from here they can build again.

Some suggested I should name the entire Warwickshire bowling attack and indeed they've clearly had a great year under Graeme Welch, but Wright's pace, wickets and 'from sacked to championship winner' story is one of the more enjoyable tales from the game.