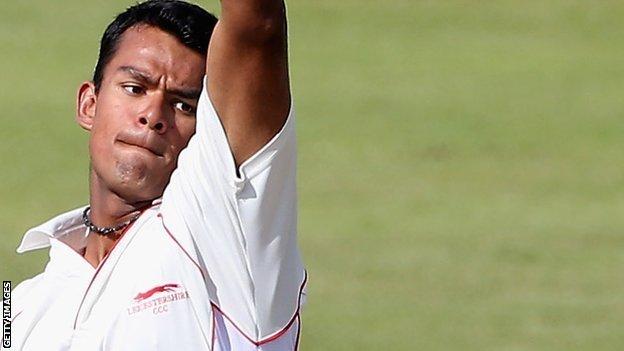 The 18-year-old made a successful step up to first-team cricket at Grace Road last season, topping the batting averages in the County Championship.

Chief executive Mike Siddall said: "We are developing an exciting, talented group of young players many of whom have come through our academy system."

And Angus Robson, Tom Wells and Ollie Freckingham have also agreed deals for the 2013 season.