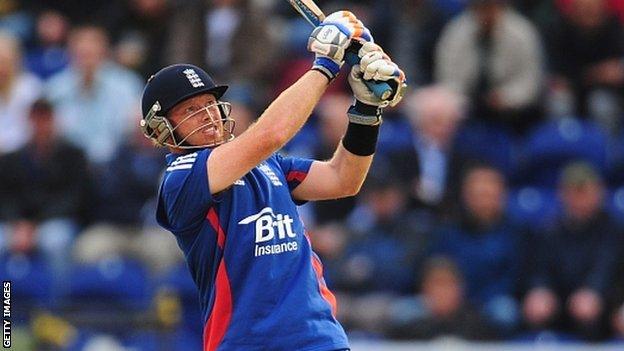 Ian Bell has held off competition from his England team-mates to win the FTI most valuable player award for the summer of 2012.

The Warwickshire batsman beat Stuart Broad to the award by 26 points, despite not playing any Twenty20 games.

Bell, 30, hit five fifties in Tests and four fifties and one century in one-day internationals against West Indies, Australia and South Africa.

"I'm delighted to have won the FTI MVP after a long summer of tough cricket," said Bell. "It's great to be recognised with an award which compares you to your peers.

"It's not been the easiest summer by any stretch of the imagination, but I've been pretty happy with my own form in both Tests and ODIs.

"I'd like to have converted more fifties into hundreds and hopefully I can do that this winter after a bit of a break. But I'm confident and very keen to keep contributing to the cause."