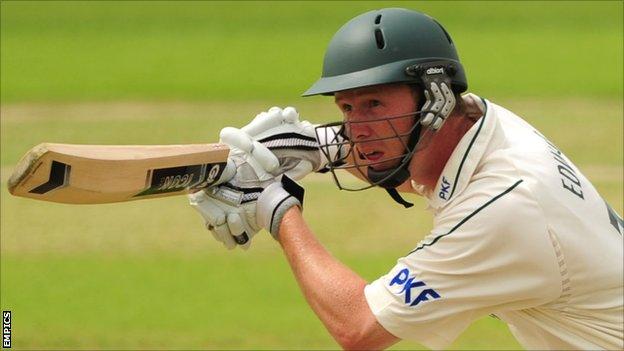 Batsman Neil Edwards will leave Nottinghamshire at the end of the season after the club opted not to hand him a new deal for the 2013 season.

The 28-year-old, who joined the county from Somerset in 2010, was limited to 54 appearances in the last three seasons for Notts because of injury.

"Injuries disrupted him but he had several opportunities in the side," said director of cricket Mick Newell.

"We always hoped he would tie down a place in the top order."

He added: "I sincerely hope that he can find a contract elsewhere and continue his career in cricket."

Newell confirmed this week that Scott Elstone and Karl Turner have also been released by the club.