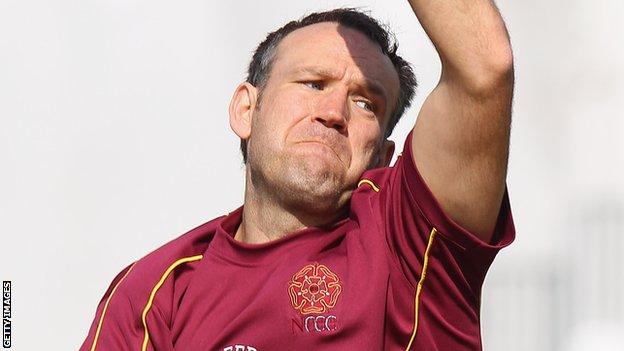 All-rounder James Middlebrook has been named Northants' player of the season after turning in consistent performances in all competitions.

The 35-year-old Yorkshireman, in his third season at Wantage Road, scored 689 Championship runs and claimed 24 wickets with his off-spin.

He also made useful contributions in the county's generally disappointing Twenty20 and CB40 campaigns.

Otherwise, David Willey was the busiest man at the club's awards ceremony.

Willey, 22, claimed the top young player accolade, the media award and the trophy as the players' player of the season in championship cricket.

England Under-19s player Ben Duckett was named the academy's outstanding cricketer of 2012, while the women's award went to Amy Gauvrit.