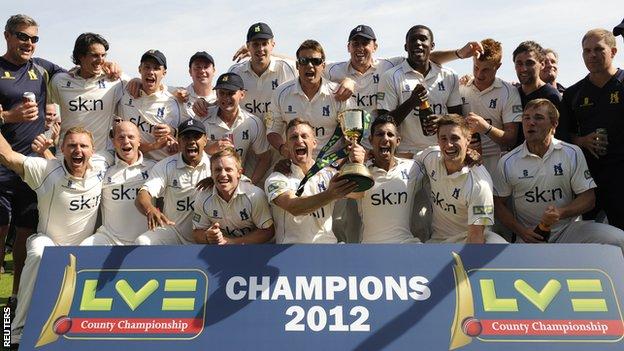 All the signings, moves and news from every county in the build-up to and during the 2013 season.

Counties are allowed to field two overseas players in Twenty20 games, with up to four registered for that competition - although only two can be registered at any one time, and registrations must be for a minimum of 10 days.

Only one overseas player is permitted in the County Championship and Yorkshire Bank 40 league.

Players who moved counties during the 2012 season are included on the 2012 list. Have we missed anyone? Please let us know.

Other news: The county have dropped their "Welsh Dragons" limited-overs name and will be known simply as Glamorgan from 2013.

Other news: West Indian all-rounder Brendan Nash has been registered as a Kolpak player, allowing Kent to sign an overseas player.

Other news: Head coach Phil Whitticase has become director of cricket, with Ben Smith and Lloyd Tennant taking charge of the first and second XIs.

Other news: Yorkshire have announced they will be known as the Vikings in one-day cricket in 2013 - their fourth different name since one-day nicknames were introduced by the ECB.