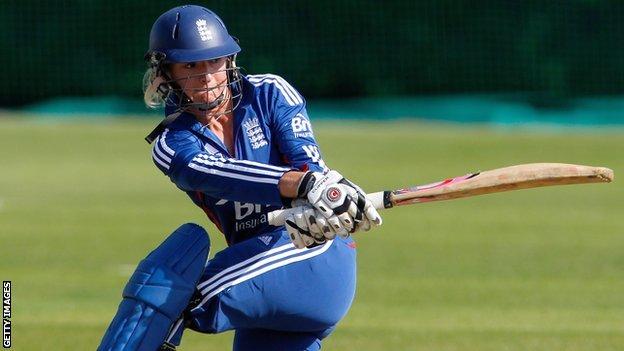 England's Susie Rowe has been ruled out of the Women's World Twenty20 with a displaced fracture of her left thumb.

The Kent batter, 25, has been a regular in England's Twenty20 side.

Rowe was injured during Wednesday's win over West Indies at Old Trafford, in which she took a spectacular catch.

Her replacement in the squad, uncapped Warwickshire wicketkeeper-batter Amy Jones, 19, has been approved by the International Cricket Council's event technical committee.

Rowe, who will have surgery on Thursday afternoon, also previously represented England in hockey at Under-21 level.

England will fly to Sri Lanka for the World Twenty20 after their T20 series against West Indies finishes on Sunday.