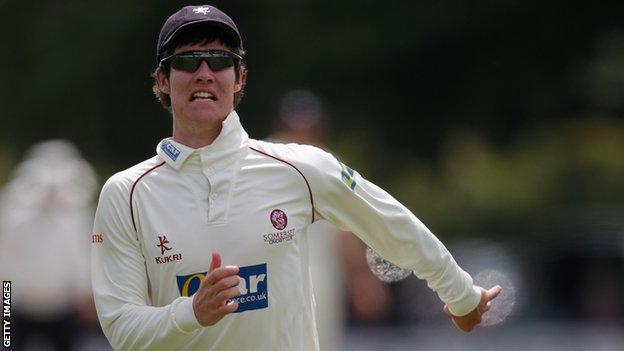 Spinner Dockrell and all-rounder Meschede, both 20, have signed two-year deals while Thomas's extension will see him stay beyond next season.

The 35-year-old South African fast bowler is in his fifth year at Taunton.

"George and Craig are very bright young talents, while Alfonso remains a major influence on our cricket," said director of cricket Brian Rose.

Dockrell signed a professional contract with Somerset two years ago and, after a stint in the second XI, made his Championship debut against Nottinghamshire in 2011.

At the age of 17 he played a key role in Ireland's World Twenty20 campaign and has already appeared in 47 internationals for his country.

Rose continued: "George watches people and learns very quickly. Once he is established in the first-class game, I believe he would make a very good captain."

Born in Johannesburg but attended Millfield School in Somerset, Meschede broke in to the first team last season but has been restricted to six County Championship matches this term because of injury.

Thomas signed for Somerset as a Kolpak player in 2008 and has amassed 128 first-class appearances and 417 wickets.