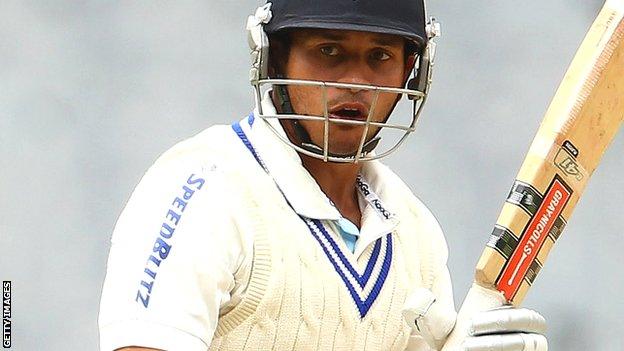 Bad weather brought about an early close with the Division Two leaders 105 behind on 167-5 and 33 runs shy of a batting point.

"Rain washed out any play after lunch with this game evenly poised.

"Derbyshire really need to bat past Hampshire's first innings 272 to give themselves the best chance of winning this game and, with it, seal promotion."