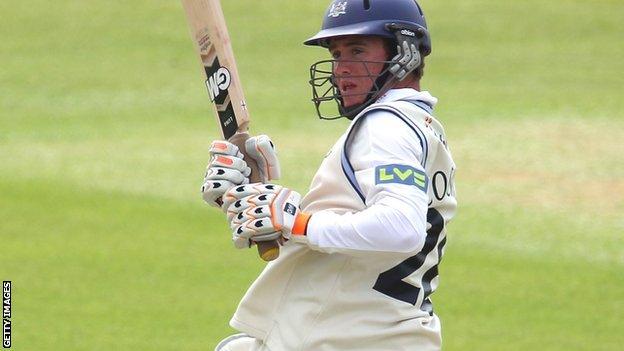 Ian Cockbain fell one run short of century as Gloucestershire increased their advantage over Northants.

The visitors, who slumped to 73-7 at close on Tuesday, were all out for 100 with only three players making double figures, while James Fuller took 5-29.

Cockbain (99) then hit a six and 15 fours in a near three-hour stay at the crease, before being trapped lbw by Andrew Hall (2-43).