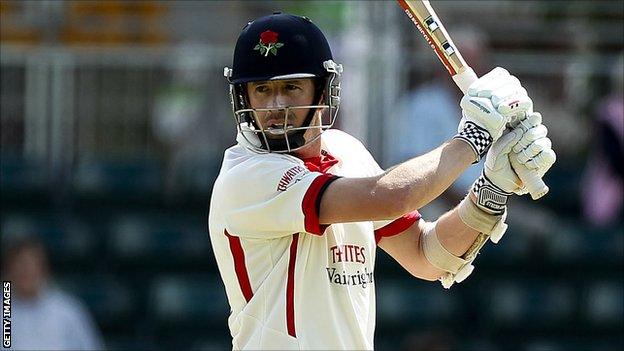 Paul Horton led a fightback for relegation-threatened Lancashire on day two against Middlesex at Lord's.

Middlesex added 57 to their overnight score before being bowled out for 446, as Steven Crook (66) made a season's best score against his former county.

"Lancashire's priority in this innings would have been to avoid the follow-on and, barring a horrible collapse, that should be achieved in the morning.

"The new ball is available in three overs and, with the assistance of the conditions during the early September start time, Middlesex will know they need a strong performance first thing on the third day to avoid further toil in the field and to establish a useful first-innings lead.

"The visitors will have their own ambitions of achieving that advantage as they must match Surrey's result this week to keep their survival hopes alive going into the last round."

"Day two belonged to the defending county champions, who showed the type of spirit and fight they're going to need if they are to avoid relegation.

"Rattling through the Middlesex lower order this morning, the Red Rose came out with a new-look opening partnership of Luke Procter and Tom Smith and didn't disappoint, as they put on 95 for the first wicket, Lancashire's highest opening partnership of the season. Paul Horton, in at three, played well for his 64.

"Much could depend on Ashwell Prince, Lancashire's overseas player, who has been in great touch with the bat this summer."