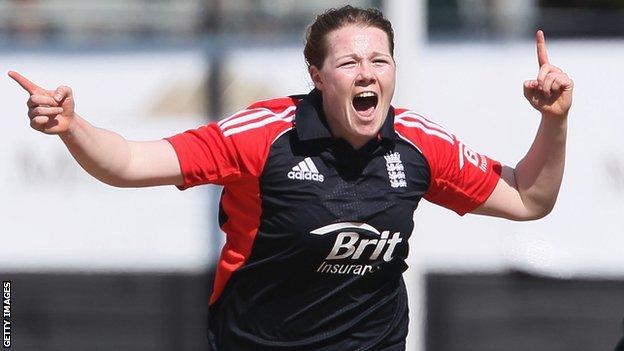 England continue preparations for the forthcoming Women's World Twenty20 with a fresh round of internationals starting on Tuesday.

Charlotte Edwards's side face Twenty20 internationals against Pakistan at Loughborough on Tuesday and Wednesday.

They then take on West Indies in a five-match Twenty20 international series between 8 and 16 September.

The World Twenty20, played in parallel with the men's competition, starts in Sri Lanka on 26 September.

England had to finalise their World Twenty20 squad last month, and will pick from the same 14-strong squad against Pakistan and West Indies.

Fit-again Anya Shrubsole has replaced fellow seamer Georgia Elwiss in the only change from the T20 series against India in June, which England won 2-0.

The first two games against West Indies, on 8 and 10 September, will be played at Chester-le-Street and Old Trafford respectively before men's Twenty20 internationals between England and South Africa.

There will be commentary on both of the women's games via the BBC Sport website, with the Old Trafford contest also on BBC 5 live sports extra.