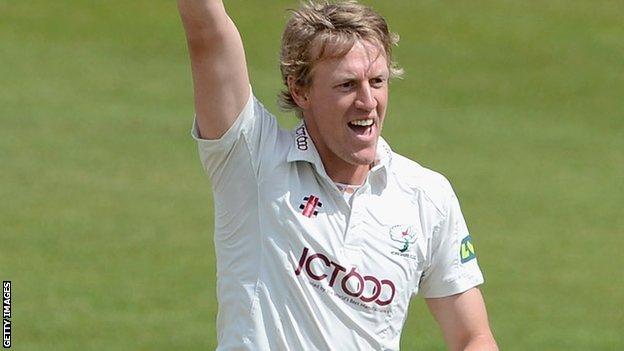 Glamorgan's William Bragg made his highest score of the season before promotion-chasing Yorkshire fought back well on day one at Headingley.

Bragg, who scored the 46 he needed to pass 2,000 career first-class runs, made 92 as Glamorgan started brightly.

But they fell from 124-0 to 272 all out as Yorkshire, second in Division Two, gained maximum bowling points with Steven Patterson taking 4-49.

The Tykes reached 20-0 in reply at stumps, 252 runs behind Glamorgan.

Bragg, who hit 18 fours in his 134-ball knock, fell eight runs short of what would have been only his second first-class century.

However, he did make his fourth half-century of the campaign after a poor run that had seen him score only 147 runs in his previous seven championship innings.

Bowlers Anthony McGrath, Azeem Rafiq and Ryan Sidebottom all took two wickets apiece as Yorkshire moved closer to an immediate return to the top flight after being relegated in 2011.