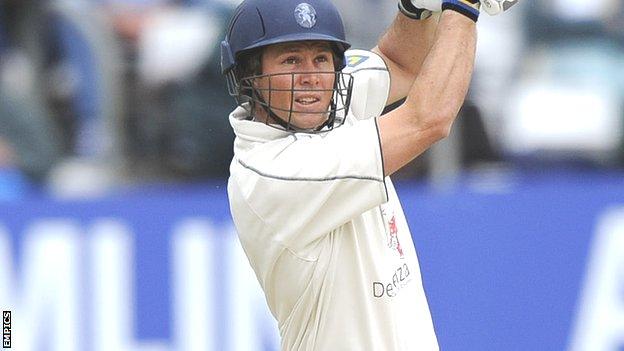 Kent wicketkeeper Geraint Jones scored a half-century to hold up title-chasing Derbyshire and boost his side's hopes of promotion to Division One.

The hosts had slipped to 93-5 but the former England keeper made 80 to help the Division Two's third-placed team to 261 all out.