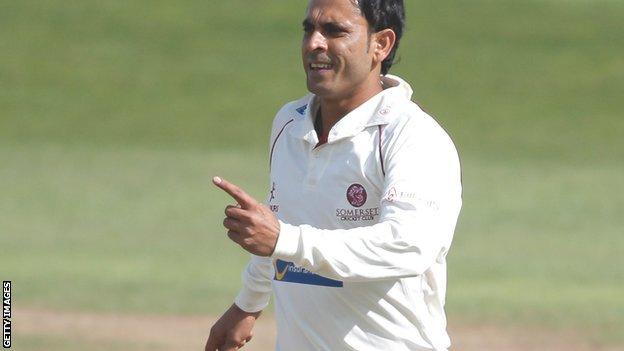 Sussex's chances of winning the County Championship title were hit after they took only one batting point on the first day against Somerset at Hove.

The hosts, who started the day 22 points behind leaders Warwickshire, fell from 168-3 to 221 all out.

With leaders Warwickshire dominating in their game against Worcestershire, Sussex could not afford any mistakes as they aimed for their first championship title since 2007.

Sussex looked well placed at 130-2 but Murray Goodwin, who will leave the county at the end of the season, was dismissed to spark a mini-collapse that left the hosts on 179-6.

Magoffin helped Sussex past the 200-mark but they lost their last four wickets for four runs with Somerset's Marcus Trescothick ending with five catches.

Trescothick will resume on Wednesday on 17 not out with Somerset 191 runs behind.