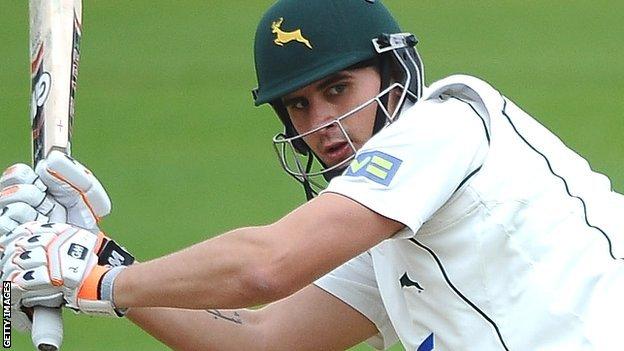 Alex Hales scored a century for Nottinghamshire but Warwickshire moved closer to the title as the two sides settled on a draw.

With a place as England Test opener up for grabs following the the T20 international made 155 not out, Chris Read with 95.

Notts declared on 356-8 and the hosts reached 86-3 in their second innings.

The Bears are now 22 points clear of second-placed Sussex with Notts six points further behind in third.

All three sides have two games left to play, including Nottinghamshire hosting Warwickshire in the final round of the season.