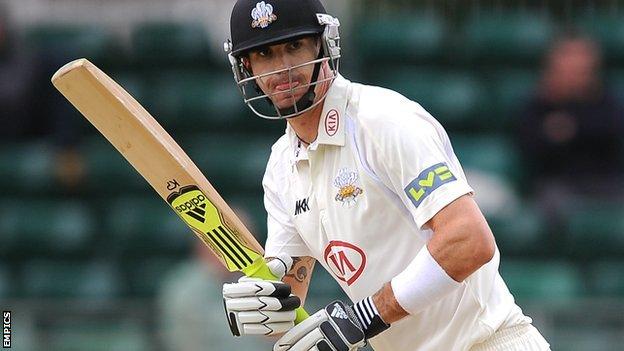 Kevin Pietersen added a half-century to his while Arun Harinath scored a century, as Surrey and Somerset draw at Taunton.

Pietersen hit 58 in 40 balls, including four sixes, before becoming a maiden first-class wicket for Chris Jones.

Harinath (105no) and Rory Burns (60) also contributed as Surrey made 360-5 before both sides settled on a draw.

Somerset are now 36 points behind leaders Warwickshire with two games to go, Surrey 17 points clear of the drop.