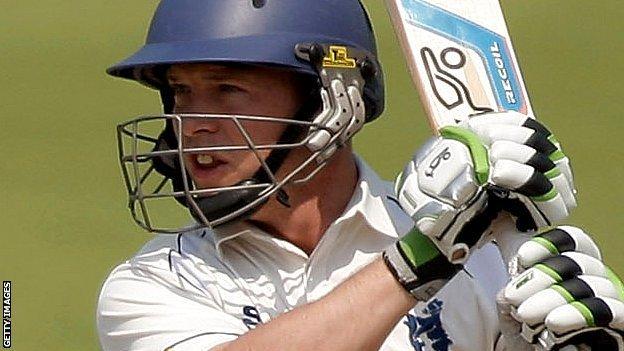 Third-placed Notts, who trailed the hosts by 27 points going into the game, closed 316 runs behind on 188-4.

The pair have so far put on an unbroken 119 for the fifth wicket after Notts had slipped to 69-4.

Wright took 2-67, including the wicket of James Taylor who made only one before treading on his stumps, as Warwickshire moved a step closer to the Championship title.