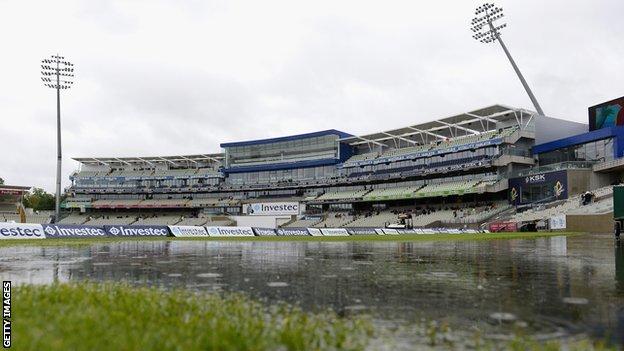 Rain ruined day two of the latest round of County Championship matches, with no play in seven of the eight matches.

Only Worcestershire and Middlesex saw action, but play only began after tea.

The three other Division One games between leaders Warwickshire and Nottinghamshire, Lancashire and Durham and Somerset against Surrey were abandoned without a ball being bowled.

In Division Two, all four games at Derby, Cardiff, Leicester and Scarborough fell to the weather.

The abandonment at Edgbaston was the 12th full day of cricket lost to rain at the ground since June.