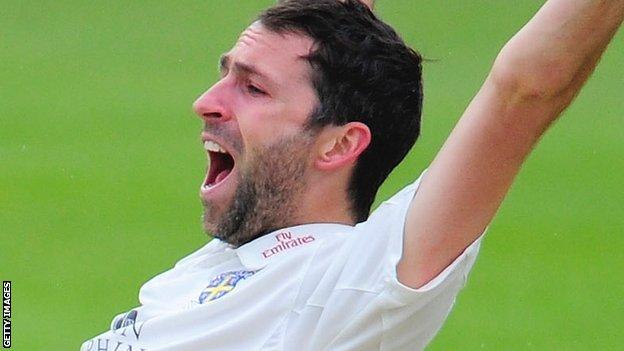 Onions, who took earlier in the month and finished with 6-41.

Durham closed 75 runs behind on 187-4, with opener Keaton Jennings making 70.

"It's hard not to harp on about the weather, but frankly its dominated yet another game of cricket.

"It's hard to see any other outcome than a draw and this does nothing to help Lancashire's cause.

"I can't imagine Durham being keen to try and set something up and when you look at the league table, why should they.

"Highlights from today certainly include fine knocks by Tom Smith and Kyle Hogg, who once again proved he's a more than handy lower-order batsman."