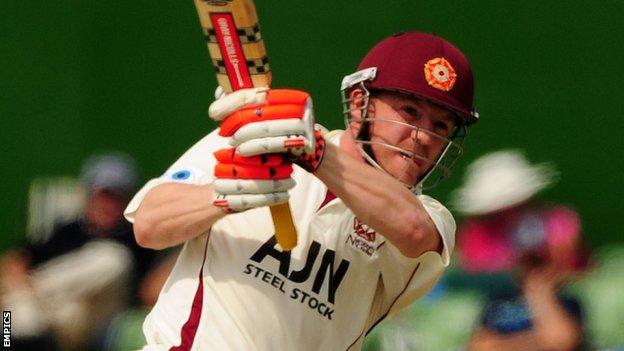 Opening batsman Niall O'Brien compiled a painstaking century as Northants found it slow going on a lifeless surface against Glamorgan at Cardiff.

After James Harris and Graeme Wagg took an early wicket each, O'Brien and Alex Wakely steadied the innings with a stand of 152 in 58 overs.

Wakely was bowled by James Allenby for 75, but Ireland international O'Brien reached three figures off 266 balls.