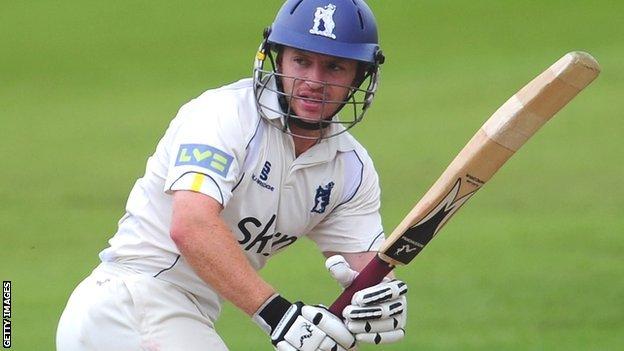 Ian Westwood's fifth half century in as many games moved Division One leaders Warwickshire into a strong position against title rivals Nottinghamshire.

Tim Ambrose will resume on 64 not out, while Rikki Clarke added 47 as the Bears moved closer to their first championship trophy since 2004.

Varun Chopra was the first wicket to fall for the home side when he picked out Alex Hales off Luke Fletcher's bowling.

Franks then bowled Porterfield and had Troughton trapped lbw before Westwood was caught behind by Chris Read.

That left Warwickshire on 178-4 but Ambrose and Clarke added 102 for the fifth-wicket, before Fletcher broke up that partnership as Clarke was caught by Read.

The hosts are 12 points ahead of second-placed Sussex, who are not in action in this round of matches, and have 27 points more than Nottinghamshire in third.