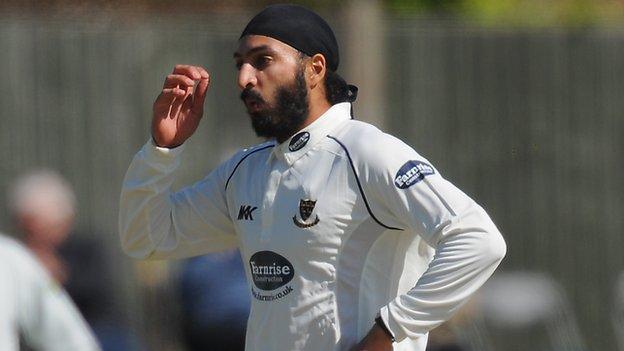 England spinner Panesar then followed up his first innings 7-60 by taking 6-77 to bowl out Somerset for 195.

The biggest threat to the visitors could be a bad weather forecast for Friday's final day, with rain expected from around 10 o'clock in the morning.

But, if Sussex can beat the rain and claim a fourth win in five games, they would take over at the top from leaders Warwickshire, who look set to be frustrated both by Middlesex and a bad weather forecast of their own at Edgbaston.