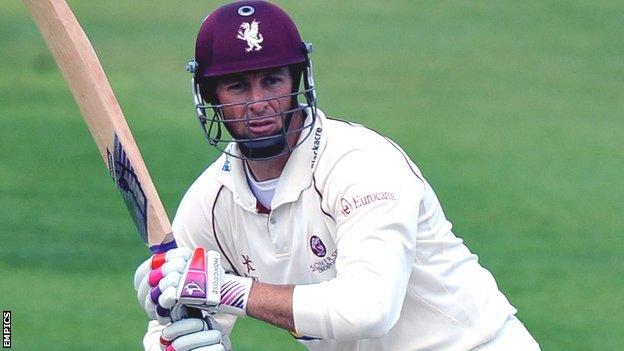 But he was partially upstaged at Taunton by ex-England team-mate Monty Panesar, who took a career-best 7-60.

Resuming on 89, Trescothick made 123 out of Somerset's 247, with Panesar taking three of the last four wickets.

But second-placed Sussex did not find batting too easy themselves against the title outsiders, reaching 161-6 by the close, still 86 adrift.

Trescothick had scored only 28 runs in three Championship innings since his return to action following early season ankle surgery.

He was in commanding form from the start on Tuesday, quickly adding the 11 runs he needed on Wednesday morning to reach his latest landmark.

But there was pointedly no applause from the Sussex fielders, who were convinced that the former England opener should have been given out to a catch at short-leg on 60 the previous day.

As for Panesar, the England left-arm spinner performed superbly from the River End, extracting turn and occasional bounce to complete his best-ever haul.